The Bank for International Settlements has set out its blueprint for a future digital currencies system – and crypto doesn’t feature except as a warning.

In a special chapter of its Annual Economic Report 2022, the BIS said a system based on central bank digital currencies (CBDCs), which it described as “digital versions of sovereign currency”, could foster innovation while safeguarding stability and security.

But the institution known as the central bank of central banks said recent turmoil in the cryptocurrency universe is a reminder of crypto’s financial vulnerabilities and “deeper structural inadequacies”.

BIS said the collapse in the prices of major stablecoins are reminders that “crypto is not sound money”. But a CBDC-based system would be capable of adapting continuously to serve the public interest and built on the foundation of trust in central banks.

The BIS argued that a future digital currencies system should combine new capabilities with “the core of trust provided by the central bank”.

It added that the private sector should provide new functions such as the tokenisation of money and financial instruments and instant retail payments through new interfaces.

“Such innovations could open a new chapter in the global monetary system.” 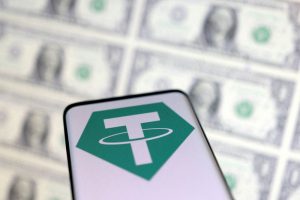