Over the next five years Japan will undertake its biggest arms buildup since World War Two in a bid to deter Beijing from war in East Asia, government officials and security analysts say.

Japan’s government “has the wind at its back and will use that to do whatever it can,” said Takashi Kawakami, a professor at Takushoku University in Tokyo. By pointing to 2027 as the moment when East Asia’s power balance may tip in China’s favour, Japan’s government can rally support for greater defence spending, he added.

In addition to being the next time Communist Party delegates gather in Beijing, 2027 is the next major milestone on China’s military modernisation roadmap and the centennial of the founding of the People’s Liberation Army. At a congressional hearing last year, US Indo-Pacific commander Admiral Philip Davidson said that China’s threat against Taiwan could “manifest” that year.

For Japan, losing Taiwan to mainland Chinese control could be a disaster because it would jeopardise key shipping lanes that supply nearly all Japan’s oil and many of the materials it uses for manufacturing. It would also give the Chinese navy unfettered access to the Western Pacific from bases on the island.

“This has been discussed internally,” he added, asking not to be identified because of the sensitivity of the issue.

China’s foreign ministry said Japan was using China as a pretext for a military buildup.

“Political forces in Japan have repeatedly used China as an excuse to deliberately exaggerate regional tensions. In doing so, the Japanese side is only looking for excuses to strengthen its own military and expand its military,” the ministry said.

At the congress in Beijing, Chinese leader Xi Jinping called for accelerating China’s plans to build a world-class military and said his country would never renounce the right to use force to resolve the Taiwan issue.

Japanese defence ministry officials did not immediately respond to a request for comment.

US, Taiwan in Talks Over Joint Weapons Production: Nikkei

Japan’s delicate diplomatic and economic relations with its bigger neighbour mean it is unlikely to commit to directly defending Taiwan. But with Japan’s nearest territory only about 150 kilometres (93 miles) from the island, it could be drawn into conflict with an adversary that spends more than four times as much on its military.

China could try to capture Japanese islands close to Taiwan to establish air defences and fend off any counter attack, said another Japanese government official involved in planning, who also asked not to be named because he is not authorised to talk to the media.

China lobbed missiles into waters less than 100 miles (160km) from those islands in August during exercises after a visit to Taiwan by US House Speaker Nancy Pelosi, which Beijing slammed as American interference.

Japanese military bases, airports, seaports, and other logistical hubs could also be tempting targets for Chinese missile strikes because they would be staging grounds for US forces.

In crafting its defence plans, Japan needs to consider a scenario in which Washington does not respond to a Chinese attack on Taiwan, said Yasuhiro Matsuda, an international politics professor at Tokyo University and former Ministry of Defence senior researcher.

“If Japan can strengthen its defence capability … then China’s calculation to attack US forces on Japan will be quite different, the cost and risk of a Taiwan operation will be quite high,” Matsuda said this month during an online discussion hosted by the Rand Corporation think tank.

Russia’s invasion of Ukraine, which it calls a “special operation”, has helped shift public opinion in Japan away from the postwar pacifism that has dominated defence policy for decades.

In an opinion poll published by public broadcaster NHK this month, 55% of 1,247 people surveyed said they supported increased defence spending, compared with 29% who opposed it. Of those backing a stronger military, 61% said Japan should pay for it with public spending cuts.

Big projects include a new jet fighter for deployment in the 2030s that will most likely be merged with Britain’s proposed Tempest stealth plane into a programme led by MHI and BAE Systems. The splurge of defence spending should also benefit US suppliers such as Lockheed, Boeing and Northrop Grumman.

More immediately, it will help Japan increase stockpiles of spare parts and ammunition that its untested military would need to sustain any fight.

“We will need to give priority to things that we can deploy within five years,” the first government official said.

Kishida will unveil details of military spending plans in December along with a revamped security strategy. That strategy is expected to give Japan a bigger regional security role alongside the United States, which has thousands of troops, hundreds of aircraft, and dozens of warships deployed in Japan.

Japan’s focus on China is unlikely to waver, analysts say, even as its former top adversary, North Korea, is in the midst of a fresh cycle of missile tests, the latest on Friday, including the first flight over Japan since 2017. After the Chinese Communist Party congress, the Kim Jong Un regime is widely expected to follow up with a nuclear test.

Japan wants to let South Korea take the lead in tackling its belligerent northern neighbour, a senior Japanese Self Defense Force commander said, speaking anonymously because of the sensitivity of the matter.

“I don’t see North Korea’s actions leading to any significant change” to Japan’s China focus,” said Bonji Ohara, senior fellow at the Sasakawa Peace Foundation and a former military attache at Japan’s embassy in China. North Korea’s latest actions may even help solidify public support for it, he added. 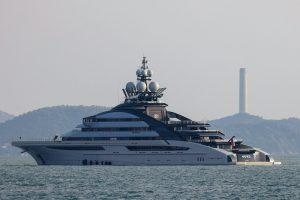 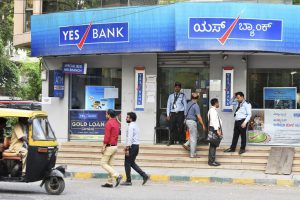 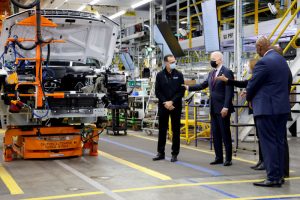 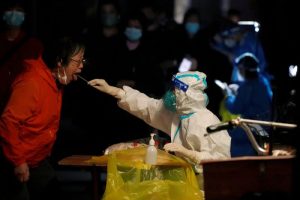