The visit to Taipei by Nancy Pelosi, the US House of Representatives Speaker, has inflamed Sino-US tensions and added a cloud of doubt about the prospects of American companies keen to boost their business in China.

Boeing – America’s,  and the world’s, biggest aircraft manufacturer and the biggest US exporter – faces added uncertainty over crucial plane deliveries to China.

Pelosi was the most senior US visitor to Taiwan in 25 years and China’s strong stance on the ‘renegade province’ pushed rhetoric to new levels. However, experts cautioned that it was too early to say exactly how the row will play out for Boeing, which historically relies on China for a quarter of jetliner sales.

But the visit will do nothing to ease near-term industrial and political gridlock for the plane-maker whose CEO said last week 737 MAX deliveries to China remained blocked by Covid-19 and a “geopolitical overhang” – a reference to simmering trade tensions between the world’s two biggest economies.

“For years it has lagged Airbus in both deliveries and orders on the mainland, and the 737 MAX has yet to resume flying for Chinese airlines,” more than six months after it received regulatory approval there following a safety crisis, he added.

In the meantime, both Boeing and European rival Airbus must juggle a rapidly changing diplomatic backdrop with a pressing quandary over Taiwan itself, as Pelosi’s trip falls in the midst of a separate contest for a multi-billion-dollar plane deal.

The president of Taiwan’s government-backed China Airlines said last week it is “actively” looking at options to renew a fleet of 22 Airbus A330 jets in a competition widely expected to pit the upgraded A330neo against Boeing’s 787.

While a deal with Taiwan’s biggest carrier would be a boon to Boeing as it nears the resumption of 787 deliveries after manufacturing flaws, sources said it could risk upsetting authorities in China, a much larger market.

That means Boeing is seen as unlikely to use Pelosi’s trip, which has not been formally authorised by the White House, to lobby actively for a 787 deal. “It’s a really delicate situation these days,” a person familiar with the process said.

Airbus might appear to be better placed than Boeing in the evolving China-Taiwan situation, having won a major order from China just a month ago. But it is also looking for approval for its small A220 jet in China and must mind its strategic presence there.

Both companies tend to keep a discreet distance between Taiwan negotiations and their much larger business with China, but Pelosi’s visit adds a potentially unwelcome spotlight.

“Nobody is going to want to be too visible on Taiwan right now,” one industry source said, asking not to be named.

US President Joe Biden cast doubt last month on the wisdom of the trip in a rare break with close ally Pelosi, though the White House said on Monday she had the right to visit Taiwan.

It is not the first time geopolitics have threatened to disrupt big-ticket jet deals or curb deliveries to China.

Once an emblem of detente as President Richard Nixon flew to Beijing on a 707 in 1972, Boeing later complained via former chief executive Phil Condit that it had become “the designated hostage” in US-China ties, according to the New York Times.

Airbus too has been left out in the cold by past friction over French arms sales to Taiwan or other disputes, but analysts say Beijing has historically sought to balance jet purchases between its major Western trade rivals over the long-term.

In the short-term, buying patterns are harder to predict.

“Another headwind is reduced air traffic – both domestic and international – in China owing to the zero-Covid policy,” Waldron of FlightGlobal said. “This hurts demand for new aircraft and also the demand for support services.” 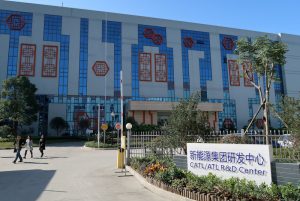 China’s CATL Seen Sticking to US Plan Despite Pelosi Trip 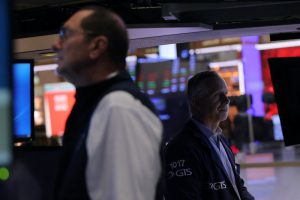 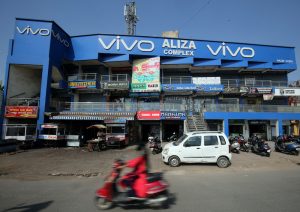