Ant Group, the fintech unit of China’s Alibaba Group, is set to become the majority investor in Singapore-based payments platform 2C2P as part of a partnership, the companies on Monday.

The deal will lead to the integration of Ant’s Alipay+ payment service with 2C2P’s platform used by merchants in Asia, Europe, the Middle East and the Americas.

Ant has over the years deepened its presence in Southeast Asia by investing in and partnering with fintechs, and recently appointed a general manager for the region to ramp up growth outside of China.

“Through this complementary partnership with Ant Group, 2C2P will be connected to a much larger merchant base and be well-positioned to advance our international expansion strategy,” Aung Kyaw Moe, founder and chief executive officer of 2C2P, said in a statement.

China Insiders in US Sell Early, Avoiding Billions in Losses 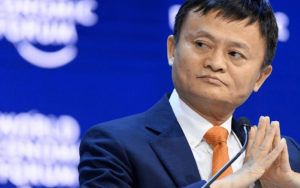