China‘s securities regulator has denied a report that Beijing plans to sort US-listed Chinese companies based on the sensitivity of the data they hold – in a bid to stop hundreds of firms being delisted in the United States.

A three-tier system aims to bring Chinese companies into compliance with US rules that would require public companies to let regulators inspect their audit files, the Financial Times reported on Sunday, citing people with knowledge of the matter.

But the China Securities Regulatory Commission (CSRC) said in a statement it “has not studied” a three-tier classification of companies.

“Enterprises are required to comply with relevant national data information management laws, rules and regulatory requirements of the place of listing, regardless of whether they are listed domestically or overseas,” the regulator said.

More than 270 Chinese companies listed in New York have been identified as being at delisting risk under the Holding Foreign Companies Accountable Act (HFCAA) passed late last year.

The rule gives Chinese companies until early 2024 to comply with auditing requirements, though the US Congress is weighing bipartisan legislation that could accelerate the deadline to 2023.

China has claimed both sides are committed to reach a deal to solve the audit dispute.

But the US side has been more reserved on the outlook. Earlier this month, Securities and Exchange Commission Chairman Gary Gensler said he was “not particularly confident” that a deal could be made, according to media reports.

In early April, China moved to resolve a dispute over cross-border audit inspections by proposing scrapping requirements that on-site inspection of overseas-listed Chinese companies be conducted mainly by Chinese regulators.

Beijing Creates Plan to Halt Most US Delistings – FT

About 150 China Stocks Close to Being Delisted in US – Nikkei

US Regulators Seen in China For Talks on Delisting Dispute 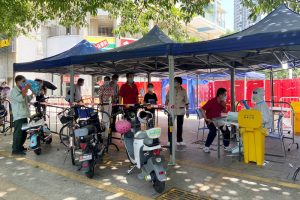 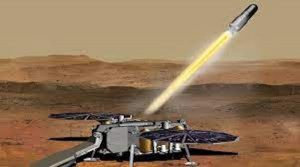 US Wary of China Plan for Weapons System on the Moon – AS
Tags: 2022正规配资平台 股票配资门户