Asia’s major markets were in retreat on Thursday as anxiety over the global economic outlook and fears of recession deepened the air of gloom over trading floors.

Japan’s Nikkei share average did manage to snap a four-day losing streak after the Federal Reserve hiked its interest rate by 75 basis points, the biggest increase since 1994, as it tries to rein in US inflation.

But that was the only minor highlight across the region as investors focused on the impact of surging inflation and the likely consequences of the Fed’s rate increase as central banks tighten.

The MSCI’s benchmark for global stocks gave up earlier gains and by 0803 GMT was down 0.3%. The initial positive reaction to the widely expected 75 basis point rate hike by the US Federal Reserve also fizzled out.

Later on Thursday the focus will turn to the Bank of England, which is also expected to raise rates to tackle inflation, a day after the European Central Bank promised fresh support to temper a bond market rout.

“There’s a lot of nervousness. After the initial relief to the Fed … markets seem to have woken up that it is still a 75 basis point rate hike,” Giuseppe Sersale, strategist and portfolio manager at Anthilia in Milan.

“If even the Swiss central bank surprisingly raises by half a point clearly investors imagine that the tightening of central banks is still very violent. There is very little to be cheerful about,” he added.

After retreating from a 20-year peak following the Fed meeting, the dollar regained its footing in the Asian session. The global dollar index, which tracks the greenback against a basket of six peers, was last up 0.5% at 105.29.

US Fed Move to Raise Interest Rates Ripples Across Asia

Hong Kong Follows US Federal Reserve in Raising Base Rate 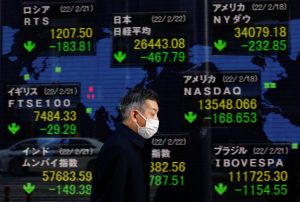 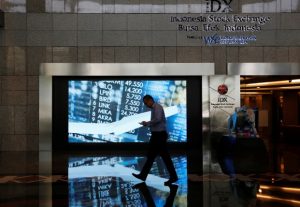