Iran has proposed that the Shanghai Cooperation Organisation (SCO) introduce a new single currency for its nine member states that together account for almost a third of global output.

The proposal was revealed last week by Mehdi Safari, Iran’s Foreign Minister for Economic Diplomacy, according to Iran’s Islamic Republic News Agency. He said the use of a single currency by SCO member states would “help them resolve issues they face in trade.”

The development is an advance on the group’s earlier discussions about settling trade in local currencies as part of an aim to counter US dollar hegemony. It comes as sweeping sanctions on Russia by Western nations over its invasion of Ukraine complicate trading arrangements for nations opposed to the sanctions.

“The proposal follows an effort begun in September 2021 to gradually transition to mutual settlements in national currencies as part of developing SCO members’ financial cooperation and as a bulwark against US sanctions,” the Russian news agency Sputnik said on Friday.

Iran and Russia have both been hit hard by sanctions imposed by Washington, while China President Xi Jinping said in late April that he opposes unilateral sanctions such as those imposed on Russia. The SCO’s nine members include China, Russia, India, Pakistan, and four nations from Central Asia. Iran joined the bloc last September.

The Iranian minister is expected to raise the issue at the next SCO summit in September, which is being hosted by Uzbekistan, Sputnik said. Iran first made the proposal in a letter it sent to the SCO almost two months ago, the Iranian news agency said, citing Safari.

China and Russia were among SCO members most “vulnerable to” sanctions given the “hostile political relations between them and the US at the current time,” according to an article in China’s state-run Global Times newspaper last September, citing Dong Dengxin, director of the Finance and Securities Institute of Wuhan University.

“By extending local currency settlements, SCO countries would lower the risk of being punished by the US via financial means, such as freezing US dollar assets involved in SCO countries’ trade,” said Dong.

US Reaffirms Warning to China On Support For Moscow 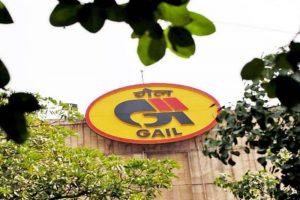