The country’s foreign exchange reserves – the world’s largest – fell $68 billion in April, to $3.12 trillion from $3.188 trillion in March, the biggest monthly drop since November 2016.

Analysts polled by Reuters had expected the reserves to fall to $3.133 trillion in April.

The State Administration of Foreign Exchange (SAFE) said in a statement that the 2% drop in April reserves from March mainly reflected valuation effect as the dollar gained against other major currencies, and changes of global asset prices.

The yuan fell 4% against the dollar in April, while the dollar rose 5% in April against a basket of other major currencies.

Overseas investors extended their selling of Chinese shares into April on mounting worries about the impact of prolonged Covid-19 lockdowns and the fallout of the Russia’s invasion of Ukraine.

China’s foreign exchange reserves dropped $130 billion in the first four months, the official data showed. They had climbed $33.6 billion in 2021.

China’s Yuan Falls to Six-Month Low Against US Dollar 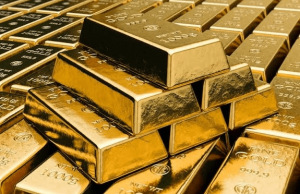