China stocks edged ahead after a three-day break but the mood remained downbeat with more data showing economic activity in the world’s No-2 economy shrunk last month.

Both official and private surveys revealed China’s services and factory activities contracted at a steeper pace in April amid escalating Covid lockdowns, raising fears of a sharp economic slowdown in the second quarter that will weigh on global growth.

Elsewhere across the region traders were buoyed by the US Federal Reserve playing down the chances of a huge interest rate hike in the near future.

That came after US central bank officials announced an expected half-point lift in borrowing costs – the biggest since 2000 – as part of its battle to rein in inflation, while unveiling a timetable to offload its vast bond holdings.

Also on AF: JD.com, Pinduoduo Among 80 Firms Added to US Delisting Register

China’s central bank had on Wednesday pledged monetary policy support to help businesses badly hit by the latest Covid outbreak in the country, and support a recovery in consumption.

The pledge came as Beijing shut scores of metro stations and bus routes and extended curbs on many public venues, focusing efforts to avoid the fate of Shanghai, where millions have been under strict lockdown for more than a month.

“We still believe markets should remain focused on the development of the pandemic and the corresponding zero-Covid strategy,” Nomura said in a note.

Hong Kong stocks closed in negative territory though as traders were unable to maintain an early rally, weighed by fears over China’s economy.

Gains in New York filtered through to other parts of Asia, where Sydney, Taipei, Manila, Bangkok and Wellington rose. However, Singapore dipped after giving up early gains.

Globally, equity markets were on the charge relieved that the biggest hike in US interest rates in more than two decades hadn’t been even sharper.

MSCI’s broadest index of Asia-Pacific shares outside Japan had risen 0.8% earlier, although trading had been thin with both Japanese and Korean markets closed for public holidays.

“Given the Asian market has more certainty right now, I think this will probably also cause the market to rally a bit as well,” Chow said.

In currency markets, the dollar was gradually regaining its footing after the Fed’s move had caused its biggest drop in nearly two months. It is up more than 7% so far this year, on track for its biggest annual gains since 2015.

Key figures at around 0810 GMT 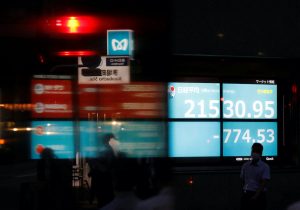 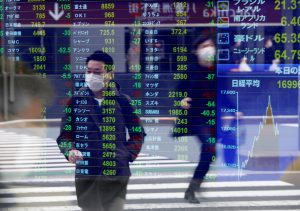