Taiwan’s Pegatron Corp, which assembles iPhones for Apple, has suspended operations at its Shanghai and Kunshan plants in China due to government measures to control the spread of Covid-19, it said on Tuesday.

In a stock exchange filing, Pegatron said the resumption of work depended on the two plants being given clearance by the government.

It added it would maintain close contact with customers and suppliers and would “actively cooperate” with local governments to resume work as soon as possible.

The company will also continuously evaluate the impact of the suspension on its finances, it added, without giving details.

The far larger Taiwanese firm Foxconn, the world’s largest contract electronics maker, also assembles iPhones in China. Its operations in the southern city of Shenzhen were disrupted last month by a Covid outbreak there.

China has put Shanghai and neighbouring Kunshan under a tight lockdown as it seeks to stop an outbreak of the virus, although Shanghai authorities on Tuesday took tentative steps towards easing amid worries over the economic impact of the curbs. 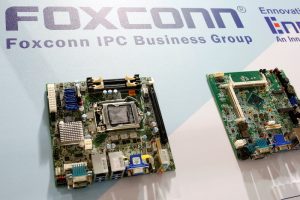 Foxconn Teams Up With Vedanta To Make Chips In India 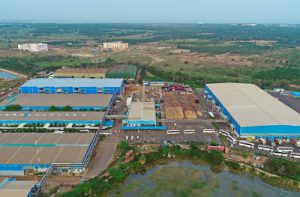