Asian equities witnessed steep foreign outflows in March, hit by worries over higher inflation as commodity prices soared due to the escalating conflict between Russia and Ukraine.

According to Refinitiv data, cross-border investors sold Asian equities worth a net $16.23 billion in Taiwan, India, South Korea, the Philippines, Vietnam, Indonesia and Thailand in the last month, the highest outflows since a net selling of $33.32 billion in March 2020. 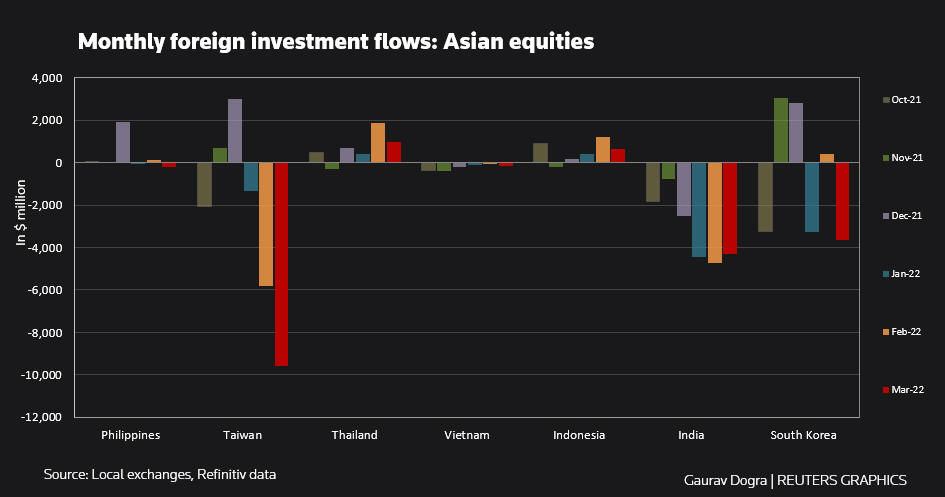 “Investor concerns about stagflation have recently intensified, driven by persistently high inflation prints and expectations that the Ukraine war and the attendant supply-side shock to oil and other commodities will increase inflation pressure and also reduce growth,” Goldman Sachs said in a report.

The brokerage said Asian equities are at a risk of quasi-stagflation, characterised by rising inflation and slowing growth, adding, regional equities delivered an average quarterly return of between -2% and -10% during such periods in the past.

MSCI’s broadest index of Asia-Pacific shares outside Japan has declined 4.7% so far this year.

On Tuesday, the World Bank said it expected 2022 growth in the developing East Asia and Pacific (EAP) region, which includes China, to expand 5.0% – down from its 5.4% forecast in October.

Taiwan stocks saw the largest outflows in the region last month, with net sales of $9.59 billion, the biggest since March 2020.

Indian equities faced a sixth straight month of outflows worth $4.29 billion, while foreigners sold $3.64 billion worth of South Korean equities. On the other hand, Indonesian equities attracted $668 million, while Thai stocks received $985 million in foreign inflows.

“For Thailand, the narrative may be due to economic reopening bets in place.”

‘Unprecedented’ China Cash Flows May be Linked to Russia: IIF 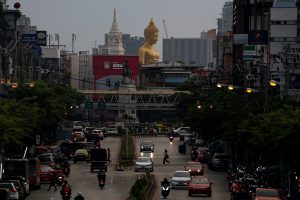 US Coy Over Taiwan’s Role in Indo-Pacific Economic Plan 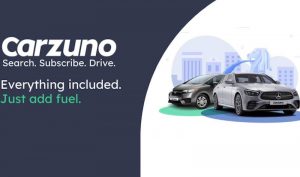