The majority of Asia’s major markets saw advances on Wednesday with investors lifted by Russia’s pledge to wind down its military activity around two Ukranian cities including Kyiv, sparking hopes for a ceasefire in Eastern Europe.

China stocks closed higher with the property sector leading the gains, as traders found comfort in the progress of the Ukraine-Russia peace talks and in Beijing’s promised stimulus measures.

Hong Kong shares closed on the front foot too, though Tokyo stocks fell despite global rallies, driven down as the dollar slipped against the yen.

The impact of rising US yields dragged Japanese government bond yields in their wake in a threat to Japan’s ultra loose monetary policy.

The widening gap between US and Japanese yields has caused the yen to weaken sharply, but it managed to regain some lost ground on Wednesday.

The Japanese currency rose 0.8% to 121.87 per dollar, compared with Monday’s low of 124.3, with traders pointing to rising fears that Japanese authorities might step in to bolster the yen.

Russia promised on Tuesday to scale down military operations around Kyiv and another city, but the United States warned the threat was not over as Ukraine proposed adopting a neutral status in a sign of progress at face-to-face negotiations.

Foreign investors were net buyers in China on Wednesday, with Northbound inflows through Stock Connect totalling 16.9 billion yuan ($2.66 billion) on the day, according to Refinitiv data.

China reported 1,629 confirmed coronavirus cases and 7,196 new asymptomatic cases for March 29. The eastern part of China’s financial hub of Shanghai city, home to 23 million people, is in its third day of a lockdown.

The rapidly deteriorating pandemic and escalating control measures added downward pressure on the world’s second-largest economy, and an analyst expected the central bank would continue its easing cycle to achieve China’s 5.5% growth target.

European shares fell on Wednesday as bond markets suggested pain ahead for the US economy, tempering hopes of a negotiated end to the Ukraine conflict that had earlier buoyed equities.

The broad Euro STOXX 600 fell 0.8% in early trade after three sessions of gains that have taken the index back to levels reached before Russia invaded Ukraine.

Bond investors had bet overnight that aggressive tightening of policy by the US Federal Reserve could harm the world’s biggest economy over the longer term.

The widely tracked US 2-year-10-year Treasury yield curve briefly inverted on Tuesday for the first time since September 2019.

Market players said the signals coming from bond markets were at odds with the mood in equity markets.

Indonesia Buys Back $467m in Bonds to Manage Refinancing 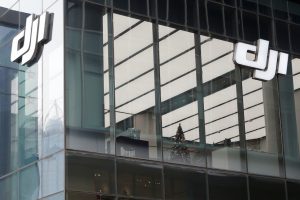