Shares slipped on most Asian markets on Monday, while the dollar extended its climb amid angst over the outlook for global growth as interest rates rise.

MSCI’s broadest index of Asia-Pacific shares outside Japan fell a 0.9%, though Chinese blue chips gained 0.7% after the central bank cut benchmark lending rates to lower mortgage costs and help revive the economy from a property crisis and pandemic woes.

The cuts “make people more willing to invest in long-term projects, like infrastructure and renewable energy,” he added.

The energy sub-index gained 1.8%, and resources surged 2.9%, while non-ferrous metal rose 3.9%. New energy vehicles and automobiles both gained more than 3%.

Some companies’ operations have been affected by these measures, but Fitch analysts do not expect these curbs to extend much beyond summer, as temperatures will fall.

The Nikkei share average was down 0.5% to 28,792.16 at the close. The index fell as much as 1.2% earlier in the session but stocks eased their losses after China cut its benchmark lending rates.

“The Japanese market tracked Wall Street’s declines on the weekend, but moreover investors were concerned about inflation in Europe, which is higher than expected,” Shuji Hosoi, senior strategist at Daiwa Securities, said.

“The yields rose because of that and that spurred concerns about economic slowdown. Today Japanese manufacturers were hit by these worries.”

The rise in US yields and slowdown concerns due to fears of policy tightening on inflationary pressures in Europe, including the UK, hit Japanese companies who are mainly exporters, he added.

US stocks fell on Friday in a broad selloff led by megacaps as US bond yields rose, with the S&P 500 posting losses for the week after four straight weeks of gains.

Energy related shares rose. Inpex Corp rose 3.5% and was the top gainer on the Nikkei, followed by Idemitsu Kosan, gaining 2.5%.

“I think it is quite a normal pullback,” said Brad Smoling, managing director at Smoling Stockbroking, as the market has regained much ground after big falls earlier in the year.

“Having a quiet day to kick off the week is pretty normal, pretty healthy. And I think we’re probably gonna have a very strong balance of the year,” he added.

Investors are waiting for Jackson Hole symposium later in the week, amid concerns that US Federal Reserve chair Jerome Powell may not meet hopes for a dovish pivot on policy.

On the domestic bourse, heavyweight banking stocks led the losses with a 1.2% drop. The so-called “big four” banks fell between 1% and 1.7%.

Gold stocks slumped 3.4% after bullion prices fell to their lowest in over three weeks on dollar strength and expectations of more rate hikes from the US Fed to tame surging inflation.

India’s Nifty 50 and BSE Sensex index fell over 1% for the second straight session on Monday, dragged lower by metals and banks with global market weakness further weighing on sentiment.

Global shares slipped amid expectation of rate tightening by most central banks, while a modest easing by China served only to highlight troubles in its property market.

Back home, analysts said investors booked profits following strong gains this month in the Nifty 50 index by 4.6% and 4.7% in the BSE Sensex until August 18.

There was some relief in financial markets from overseas inflows. Foreign institutional investors poured $5.6 billion into Indian equities until August 19, compared with inflows of $618 million in July, data showed.

Meanwhile, shares of fintech firm Paytm’s parent One97 Communications pared gains to end 0.5% higher after the company’s shareholders voted to reappoint Vijay Shekhar Sharma as managing director and chief executive officer, despite calls for his ouster by an investor advisory firm.

The US dollar, meanwhile, continued to steamroll other currencies, rising briefly above parity versus the fragile euro and hitting five-week highs against a basket of peers as Fed officials reiterated their tightening stance.

The euro fell to as little as $0.99945, its lowest since mid-July, and was last down 0.3% on the day, after Russia announced the pending temporary halt to gas supplies.

The greenback has risen steadily against peers in the last few months as the most liquid of safe havens, last week jumping 2.3% in its best performance since April 2020.

The rise in the dollar has been a setback for gold, which extended its slide down to $1,735 an ounce as expectations of higher interest rates hurt non-yielding bullion.

Oil prices were also under pressure, amid worries about global demand and the robust dollar, as well as consultations between the United States and the European Union on Iran’s response to the latest nuclear pact proposal.

Australia to do Crypto Stocktake Ahead of Regulatory Moves

India and Russia May Use Each Other’s Payment Systems – DH 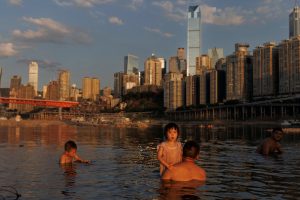 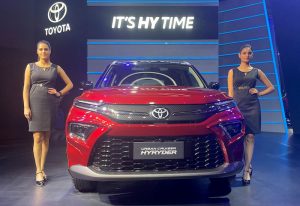