China has reemerged as a major bitcoin mining hub despite an official ban on the activity, according to research by the UK’s University of Cambridge.

While the US accounts for more than a third of all bitcoin mining – as measured by power consumption – China has taken the second spot, with 21.11% of the total, the latest Cambridge Bitcoin Electricity Consumption Index shows.

The index maps the mining activity around the world based on geolocational data reported by partnering pools.

New map data, spanning the period from September 2021 to January 2022, shows that the US has remained at the forefront of bitcoin mining and extended its leading position with 37.84% of the total.

In the second half of 2021, the bitcoin network was grappling with the consequences of the Chinese ban on domestic mining activities instituted in June last year.

“The government crackdown immediately resulted in a harsh decline of the total hashrate – the network’s aggregate computing power,” the Cambridge Centre for Alternative Finance said.

The hashrate for China effectively plummeted to zero during the months of July and August.

“However, the trend quickly reversed as miners began to relocate operations abroad, and by the end of the year, total network hashrate had almost fully recovered to pre-ban levels,” the centre added.

This, it said, strongly suggests that significant underground mining activity is going on, “which empirically confirms what industry insiders have long been assuming”.

The Cambridge centre suspects Chinese bitcoin miners have access to off-grid electricity and run geographically scattered, small-scale operations to hide from authorities and circumvent the ban.

It warned that the mining data, which is based on aggregated geolocations from its partnering pools, could contain errors due to miners who hide their locations.

“This behaviour is best illustrated by the persistently high reported shares of countries like Germany (3.06%) and Ireland (1.97%) where, as far as we can tell, no meaningful mining activities are known to exist,” the centre said. 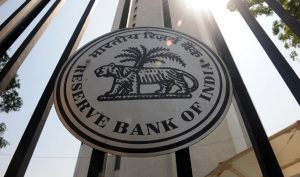 RBI Says Crypto Will Undermine Its Capacity to Regulate – ET